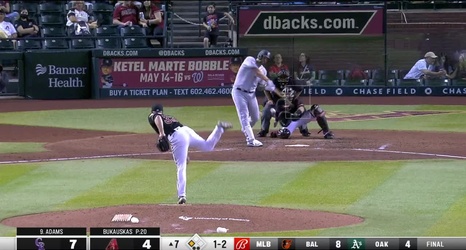 In this part, the examination shifts to Arizona’s pitching prospects. Pitching is this farm system’s strength. That shouldn’t come as a surprise for anyone. Other than 2017, when Mike Hazen first came on board, and during a time he openly admits he was not as prepared for the draft as he would have liked, Arizona’s drafts have been pitcher heavy at the top. 2018 saw the Diamondbacks make six of their first nine signed picks (six of ten overall thanks to the Matt McLain affair) come from the pitching ranks. In 2019, it was six of 10 picks, including selections 2-6.