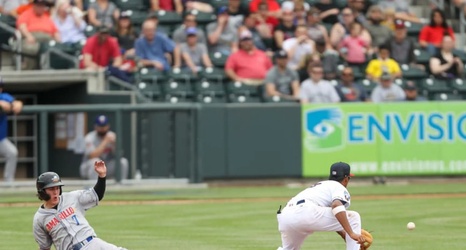 My apologies for getting this one up late! Diamondbacks affiliates took just one game out of the four played yesterday, with only Amarillo winning.

The Aces have been rolling so far this season with an 8-2 record to start the season, and even in a loss, they’ve shown to be excited to watch.