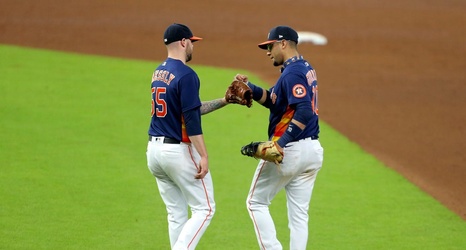 For Madison Bumgarner and the Diamondbacks, days like Sunday have been few and far between. His stuff was crisp. His command was good. His results were even better.

For five innings, Bumgarner looked like the pitcher the Diamondbacks had hoped he would be all year. Then, come the sixth, he was gone, removed from a game the Diamondbacks would eventually lose, 3-2, to the Houston Astros at Minute Maid Park.

While taking out their Opening Day starter after five shutout innings, his pitch count at 80, might seem like an odd move on the surface, finding positives in an otherwise dreary season made sense to the Diamondbacks’ coaching staff, manager Torey Lovullo said.