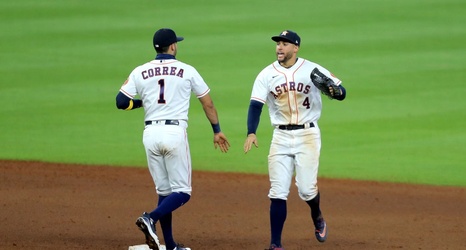 HOUSTON — Jose Altuve drove in two, Kyle Tucker had a tiebreaking single and the Houston Astros beat the Arizona Diamondbacks 3-2 on Saturday night to get back to .500.

Altuve tied it at 2 in the sixth with an RBI double, and Tucker put Houston ahead with his single three batters later, chasing starter Luke Weaver (1-8).

Altuve also had a run-scoring groundout in the third. The three-time AL batting champion is hitting just .219 this season.

Houston improved to 26-26 and remained in second place in the AL West.