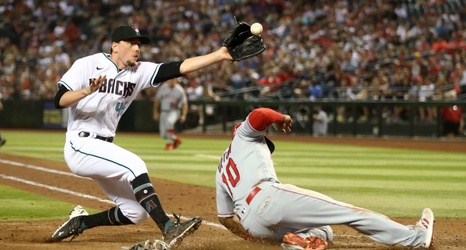 Lose as many games as the Diamondbacks have over the past six weeks and there is bound to be variety. But they managed to find a new way to watch a potential victory unravel in Friday night’s 6-5, 10-inning loss to the Los Angeles Angels, this time with a mistake made by the manager.

Diamondbacks manager Torey Lovullo tried to make a pitching change in the 10th inning before his reliever, Ryan Buchter, had faced the minimum three batters. It wasn’t until Buchter had already returned to the dugout — and reliever Riley Smith had already arrived at the mound and begun his warm-up tosses — that Angels manager Joe Maddon brought the matter to home-plate umpire Greg Gibson’s attention.