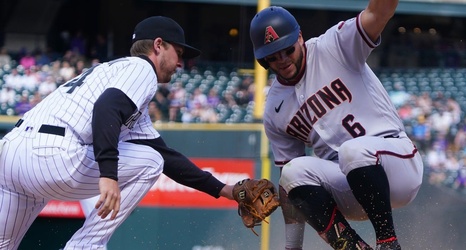 The Diamondbacks placed center fielder Ketel Marte on the 10-day injured list with a right hamstring strain, a devastating blow for a club that had been riding his hot bat during the first week of the season.

Marte suffered the injury running to first base on a ground ball on Wednesday night, grabbing at his right leg just before reaching the bag in the sixth inning.

Diamondbacks manager Torey Lovullo sounded a hopeful tone after the game, describing the injury as “cramping,” though he cautioned that the diagnosis was not definitive.

In placing Marte on the injured list, the club listed the injury as a strain, though the extent of the injury is not yet clear.