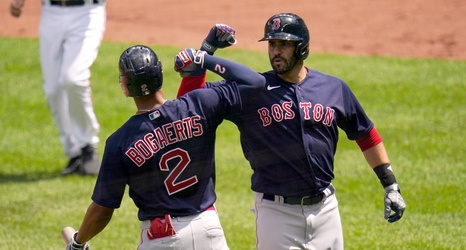 If there’s anything more fun than projecting a season’s worth of baseball stats way, way, waaaaaay too early in the year, Rube Foster and Abner Doubleday kept it to themselves.

Arizona Diamondbacks third baseman Eduardo Escobar, for example, was on pace to hit 72 home runs after nine games, and he’s not alone in having a hot start.

For the record(books), none of the following statistics are likely to hold up over an entire season. In fact, history just about guarantees they won’t — but anything is possible.

(For the sake of levity, we’re going to keep the math easy, projecting all numbers as “statistic” divided by “games played” and multiplied by “games in a season.