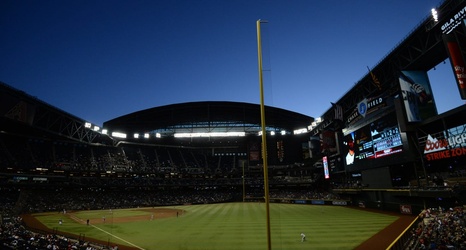 On a day when the Arizona Diamondbacks got more bad news on the injury front, and a night after being blown out by 15 runs by the Washington Nationals, the team was in need of a pick-me-up.

Eduardo Escobar provided it, and the Diamondbacks ended a three-game losing streak with a win over Washington Saturday night.

Escobar hit two home runs and drove in a career high-tying seven runs. He hit a three-run home run in the fourth inning to go along with a two-run single in the first, then capped off his big night with a two-run shot in the eighth inning.