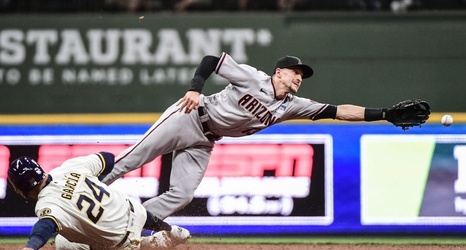 MILWAUKEE — Christian Yelich hit his second home run of the season, a three-run shot in the third inning that helped the Milwaukee Brewers beat the Arizona Diamondbacks 7-4 on Thursday night.

Jackie Bradley Jr., Luis Urías and Avisaíl García also homered for the Brewers. Urías' homer was his second in as many games and came on his 24th birthday.

Carson Kelly hit a two-run homer for Arizona, which left 14 men on base.

The Brewers entered Thursday batting just .211 , ranked 29th out of 30 major league teams — ahead of only Seattle.