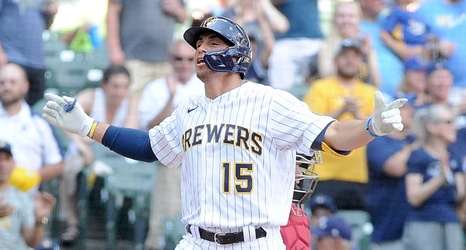 MILWAUKEE — Corbin Burnes struck out a career-high 13 in seven innings, and the Milwaukee Brewers beat Arizona 2-0 on Sunday to deal the Diamondbacks their team-record 17th straight road loss.

Daniel Robertson and Tyrone Taylor homered as the Brewers completed a four-game sweep — their four-game home winning streak since Sept. 19-22, 2019.

The Brewers, who have won nine of their last 10, opened the day tied with the Chicago Cubs for first place in the NL Central.

Arizona has lost 28 of 33 overall. The Diamondbacks haven’t won a road game since Madison Bumgarner threw seven no-hit innings on April 25 to finish a doubleheader sweep in Atlanta.