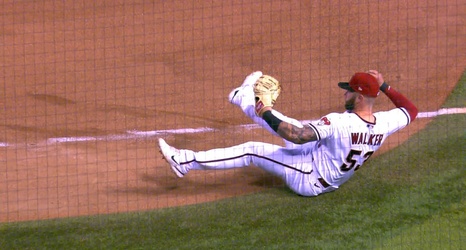 Christian Walker is having a very odd season. He’s batting barely over the Uecker Line at .201, but despite that, he has been the team’s most valuable player so far (as measured by the average of bWAR and fWAR). Right now, he’s on pace for a 4.9 bWAR campaign, which considering he’s earning just $2.6 million this year i.e. one-tenth of a certain other first baseman, is pretty impressive. Anyone remember the SnakePit mob with torches which formed when Walker was tendered? The calls for Pavin Smith or Seth Beer to be given the everyday starter’s job at first?