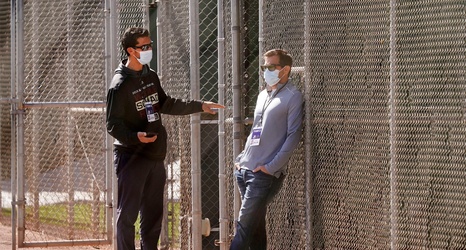 Though he will technically be running the team’s baseball operations department on a day-to-day basis during General Manager Mike Hazen’s absence, Diamondbacks Assistant GM Amiel Sawdaye said he doesn’t expect much to change while Hazen is away.

Hazen began a “physical leave of absence” on Friday as his wife, Nicole, continues her battle with glioblastoma, an aggressive form of brain cancer. Hazen will still have the same voice in the organization, maintaining final call on decisions, but he won’t be at the ballpark as often, instead devoting time to his wife and four sons.