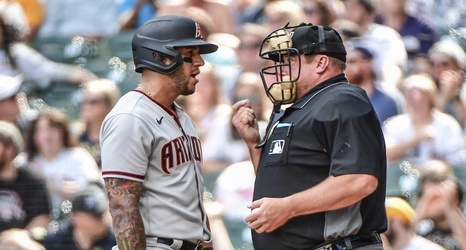 Left fielder David Peralta’s name was attached to trade rumors over the weekend, the first Diamondbacks player to be connected to such a report thus far this season. He does not figure to be the last.

With the Diamondbacks’ freefall still in progress, the club is expected to become sellers sooner than later — perhaps well before the July 30 trade deadline.

That Peralta would be made available — as a report by FanSided suggested — is not surprising. Nor will it be a surprise to see other names, including infielders Eduardo Escobar, Asdrubal Cabrera and outfielder Kole Calhoun, find their way into the rumor mill, as well.