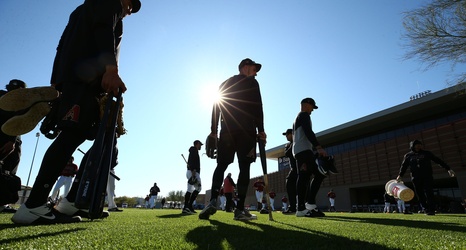 The club will hold its first workout for pitchers and catchers on Feb. 17 with the full squad getting underway on Feb. 22. Their first Cactus League game is scheduled for Feb. 27.