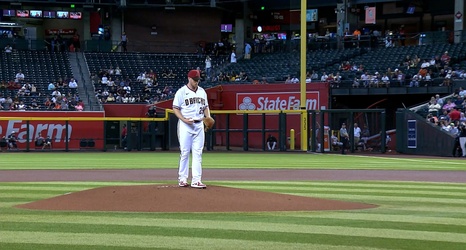 Merrill Kelly took a perfect game into the sixth inning at Chase Field tonight, which is kinda impressive, considering he had never even made it through three perfect innings in his MLB career previously. He ended up tossing eight shutout innings on three hits - and two of those were bunts, as he completely flummoxed the Giants for the third time this month.

Through five innings, there were hardly any difficult plays behind Kelly. Of the first 12 Giants, there was just one ball in play at 95+ mph. The fifth inning did see Brandon Belt belt one at almost 100 mph, but the high launch angle turned it into a can of corn.