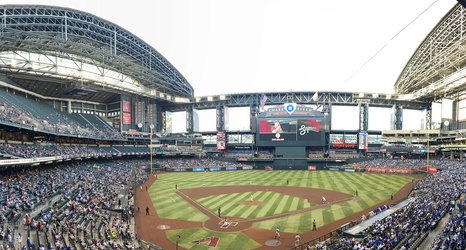 On a beautiful evening at Chase Field with the roof and panels open and 28,000 loud fans in the house the Diamondbacks matched the atmosphere, creating some beauty of their own with one of their best played games of the year. Sending the Dodgers to a 7-2 defeat on a night the Giants won, the D-backs embraced their spoiler role with gusto.

Zac Gallen had one of his best games of the year. Coming out aggressive and strong from the start, he was firing fastballs in the zone and working his changeup effectively. He recorded 6 strikeouts through the first two inning, allowing just one infield hit.