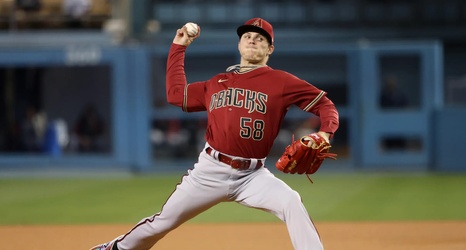 After the way things went in game one of the double header, I found myself watching this game more out of obligation than anything else. Between the Curse of the Bullpen and Josh Rojas demonstrating why he has always been a suspect candidate for playing third base instead of the outfield, I more or less reached my fill of disappointment for the day/week/season/whatever.

But, there was a silver lining to being tabbed to cover tonight’s second bill. Drey Jameson got the start. The young rookie flamethrower made was tabbed to make his second start of the season and was handed a daunting task, stop the loaded Dodgers lineup - in Chavez Ravine.