Diamondbacks 1, Texas 3: At Least It Was Short 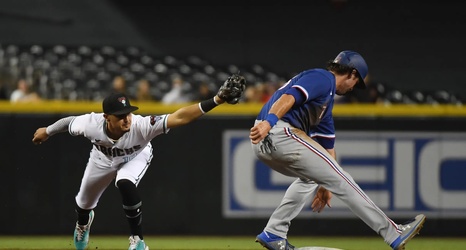 Tonight we had Zac Gallen’s first start without a hard pitch count since he got back from his most recent stint on the IL. According to tonight’s preview, Torey Lovullo and company have decided that Gallen’s stamina is back up to full, and they want to get him as many innings of work as possible between now and season’s end. Which is cool. He faced off tonight against Rangers rando Spencer Howard, who started the game for Texas but was extremely limited due to his recent return from the covid IL.

Things went quite well for Zac through the first three innings, as he faced the minimum plus one and set Texas down with no runs and no hits, needing only 36 pitches to do so.