Dbacks get swept by the Empire in LA, failed the Giants 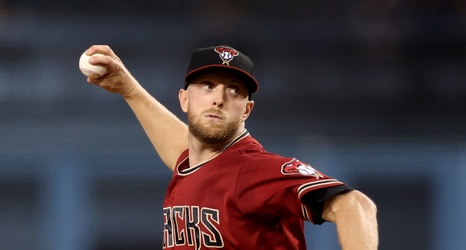 LOS ANGELES, CALIFORNIA - SEPTEMBER 14: Ketel Marte #4 of the Arizona Diamondbacks reacts to his fielding error, allowing Corey Seager #5 of the Los Angeles Dodgers to reach base, during the third inning at Dodger Stadium on September 14, 2021 in Los Angeles, California. (Photo by Harry How/Getty Images)

The Diamondbacks had a double-pronged approach to this series. Not only to beat the Dodgers because it’s fun but also to help the Giants with their quest to unseat the Dodgers’ reign over the NL West.