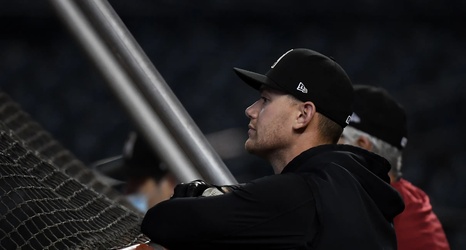 The Diamondbacks have not lost more than eight games in a row since May 25-June 2, 2010, when they dropped ten in a row. But their current losing streak stands on the brink of surpassing that tonight. Arizona tied the worst run of last year on Sunday, with their eight consecutive loss, as Colorado walked them off. They also had three longer losing streaks in the 2004 season, of nine, eleven and a mind-numbing FOURTEEN defeats in a row. So, yeah, you’ll understand why the current run of futility is provoking more mild annoyance and disapproving sighs rather than world shattering trauma.