D-Backs’ Corbin Martin sent back to Reno after inconsistent outings 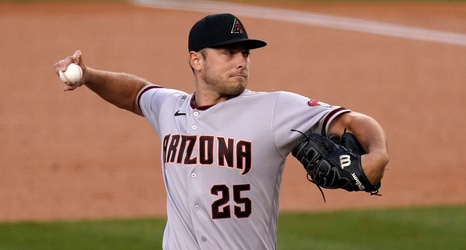 The Diamondbacks optioned starting pitcher Corbin Martin to Triple-A Reno on Thursday, with manager Torey Lovullo acknowledging the club might have brought the right-hander to the big leagues “a tad bit too early.”

In two starts, Martin issued seven walks and allowed three homers in nine innings, struggling with both command and finishing off hitters. Lovullo described Martin’s issues as being rooted around consistency, and while the Diamondbacks considered letting him work through his development in the majors, they ultimately decided he would benefit from going back down.