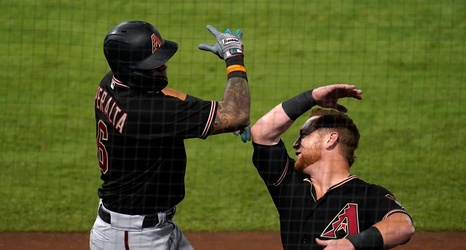 ANAHEIM, Calif. — Kole Calhoun hit his third homer in two games against his former Angels teammates, and David Peralta homered and drove in two runs in the Arizona Diamondbacks' 9-6 victory over Los Angeles on Wednesday night.

Nick Ahmed had a two-run single during Arizona’s four-run second inning against Dylan Bundy (5-3), who had the shortest start of his outstanding season for the Angels. The right-hander yielded five earned runs on six hits and two walks while getting chased in the third.

Calhoun connected for a two-run shot in the seventh after homering twice Tuesday night in his first game back at Angel Stadium, where he spent eight seasons as the Angels' right fielder before leaving last winter.