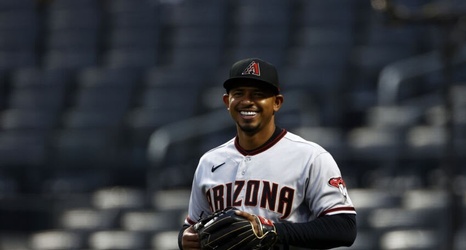 MAY 8: Eduardo Escobar #5 of the Arizona Diamondbacks (Photo by Adam Hunger/Getty Images)

We knew it was coming folks. We knew Escobar was going to be traded. That smile of his will be missed dearly along with his immense fear of cats, his “fogo power” schtick, and his infectious positive personality. I was wrong on where I thought he would end up. I thought it would be the White Sox but instead it’s the Milwaukee Brewers. As Escobar is a free agent at the end of this season, the chances he would’ve finished the year in Arizona were slim to none, especially after the start the Arizona Diamondbacks had.