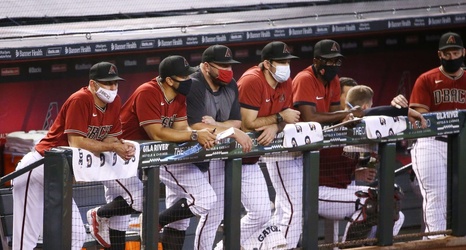 The Diamondbacks’ coaching staff under manager Torey Lovullo will remain unchanged for 2021, team sources said, an indication of how the organization is framing a disappointing season within the context of playing just 60 games due to the pandemic.

Given the club’s struggles this year in a number of areas, it seemed possible that changes could be coming, and Lovullo suggested shortly after the season that he planned to evaluate everyone on his staff.

The length of the season was one reason the club opted not to make changes, a source indicated. Lovullo and General Manager Mike Hazen have been saying for weeks how difficult it will be to evaluate what that happened this year given the season’s unusual circumstances.