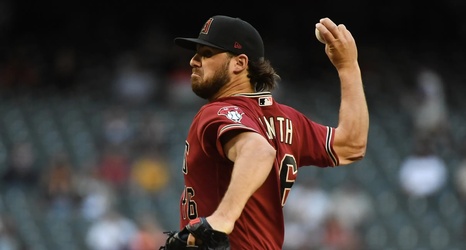 Taylor Widener was scheduled to make the start tonight for the Arizona Diamondbacks, but injured his groin while catching fly balls during batting practice. Riley Smith was recalled to make the start along with Daulton Varsho to replace Kole Calhoun who also went to the IL.

Riley Smith was highly efficient through the first four innings and seemingly had the Diamondbacks in position to sweep this two game set from San Diego, but the Padres’ bats came alive for the second half of the game. Riley needed only 36 pitches to complete the first four innings allowing just a single in each of the first two innings, and a Fernando Tatis Jr.