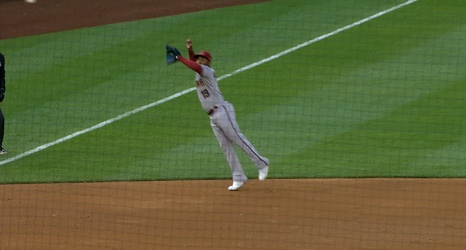 I couldn’t find any information about whether Yonny Hernandez was considered an interesting prospect in the 2014 MLB international signings class, so I guess he wasn’t, but he got a nice signing bonus of $200,000 from the Texas Rangers indicating that the talent was definitely there.

At 16 years of age he embarked on a long journey to the major leagues. He spent two years in the Dominican Summer League, not hitting with much power, but with excellent OBP skills, as Makakilo would point out in his article on the Yonny Hernandez acquisition.

Those excellent OBP skills save Hernandez on each and every level in the minor leagues, where he doesn’t hit that much nor with any power, but continuously gets on base at an above average clip: his career OBP in the minor league stands at 0.