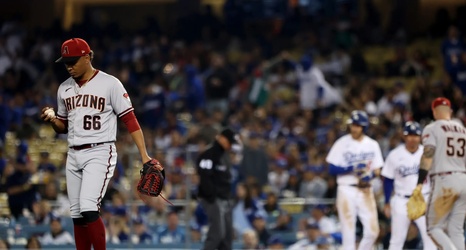 DFA’d by the Dodgers at the end of the 2021 season, they quickly plucked Edwin Uceta from waivers and added him to the stable of available pitchers. Despite being primarily a starter throughout his minor league career, the D-backs used him as a long-reliever in 2022 just as the Dodgers did in 2021, with 33 of his appearances coming out of the bullpen.

Replacing Humberto Castellanos on the big-league roster as he was on paternity leave, he made two appearances - a scoreless inning one night and a disaster the next, walking the bases loaded before exiting and allowing two runs.