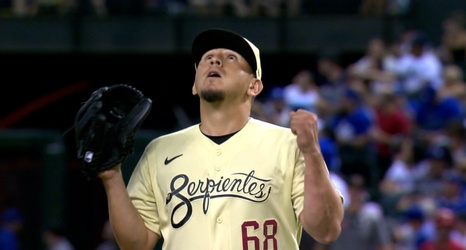 Mexican-born Miguel Aguilar makes his debut in the highest Mexican baseball league in 2012, but it isn’t until 2015 that the lefty starts making a name for himself. From 2015 to 2017 he doesn’t punch out that many guys, but has tremendous success keeping hitters off the bases by apparently inducing what seems a great amount of weak contact pitches, especially successful against left-handed hitters.

This success catches the eye of the Arizona Diamondbacks and on November 25, 2016, the pitcher signs a professional contract with the D-Backs, who are represented at that moment by former Diamondback and Mexican Erubiel Durazo.