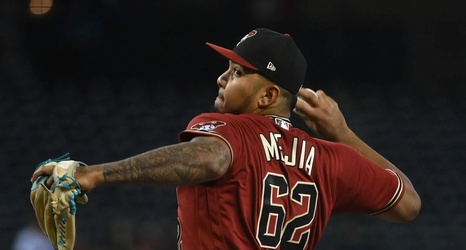 Humberto Mejía’s entry into Major League Baseball was something of a chaotic outlier. Signed as an amateur free agent in 2013, Mejía spent 2015-2019 as a promising but unspectacular member of the Miami farm system. While he regularly performed well, he was still buried behind the likes of pitchers such as Sixto Sanchez, Trevor Rogers, Sandy Alcantara, and even Zac Gallen (for a while). Then Mejía’s fortunes were drastically altered by the perfect storm of events. When COVID struck in 2020, the Miami Marlins were ravaged especially hard. With the season barely announced, Miami found themselves in emergency hiring mode, grabbing warm bodies from the scrap heap just to field a roster.