Diamondbacks trade rumors: D'Backs heavily in the mix for Peavy 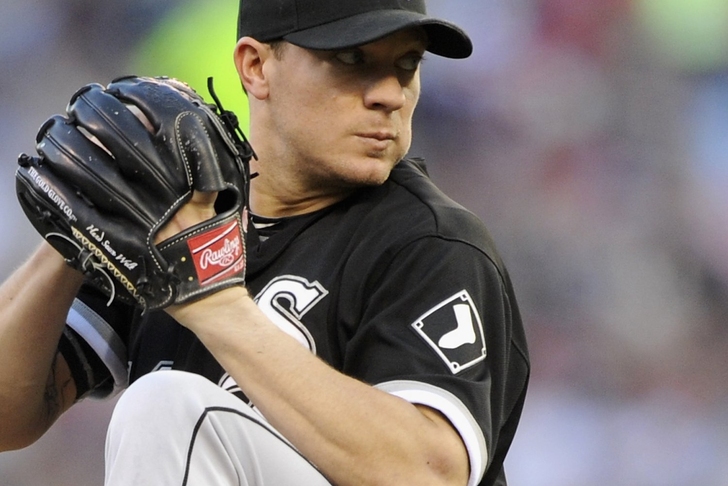 Jake Peavy was scratched from his scheduled start against Cleveland tonight, the White Sox choosing to hold him out to make him a slightly more desirable trade target, as he could now pitch immediately upon joining a new team. As of now, Peavy is listed as the White Sox' starter for Wednesday, but that could certainly change by 4 p.m. EST.

Peavy told reporters in Cleveland today that Arizona would be a "comfortable" destination for him, for whatever that's worth. Buster Olney is reporting that the D'Backs would want the White Sox to eat some of Peavy's remaining salary, about $5.5 million this year and $14.5 million next season.

The White Sox were said to be asking for a top-50 prospect as the centerpiece of a multi-player deal, but are now said to be coming down from that.