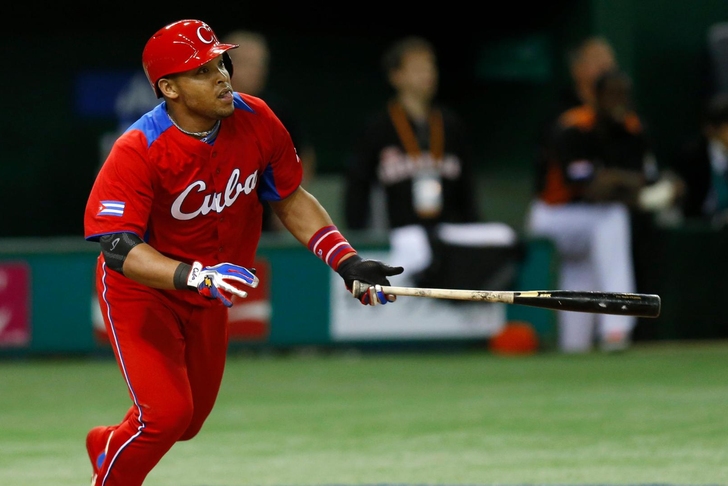 New Arizona Diamondbacks slugger Yasmany Tomas is looking to follow in the footsteps of the fellow Cuban countrymen who have come before him to United States soil to play in the Major Leagues.

He talked about that desire during Thursday's official introduction as a member of the Arizona Diamondbacks.

"They've already had some results here, and I want to do the same thing," Tomas said Thursday during a news conference at Salt River Fields, via Nick Piecoro of azcentral sports. "I have a goal, and my goal is to have the same results that they've been doing before."

General manager Dave Stewart is impressed with what he's seen out of the team's $68.5 million man during the short time he's been with the team after his defection from Cuba.

"Since we've been here and had our guys over here to have their hands on him and their eyes on him, he's making adjustments," Stewart said. "He's a very, very smart young man. He's really taking in the information that's being given to him and applying it immediately. We don't think it's going to be an easy transition, but we do think he's going to be able to play the position."