3 Trades The Arizona Diamondbacks Could Make At The Trade Deadline 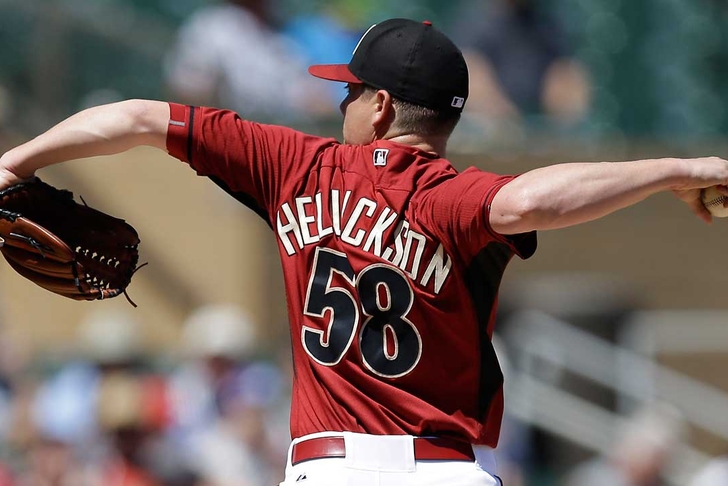 We're less than three weeks away from the 2015 MLB trade deadline, which means there are plenty of rumors swirling around the Arizona Diamondbacks and what they might do on the trade market. Here are three trades they could make by the deadline:

The Diamondbacks have made Hellickson available for a trade, and he's garnered some interest. The Cubs are looking to sure up the back end of their starting rotation, and while they may pursue some of the bigger names on the market, Hellickson is someone that's there for the taking.

Baez is one of Chicago's top prospects who spent time in the majors last year, but the Cubs are trying to get rid of him. If Arizona can acquire his power bat, they'll gladly put up with his strikeouts while he develops.

Hill is the infielder the Nationals have the most interest in, according to CBS Sports' Jon Heyman. He's batting just .211 this year and has just four home runs. His numbers have dipped each of the last three years, and with the $24 million he's owed over the next seasons, the D-Backs won't be able to get a whole lot in return for him.

Reed has a 5.92 ERA this season, and the 26-year-old seems to need a change of scenery. The Diamondbacks probably won't get a lot in return for him, but a promising young prospect will help their rebuilding process.

Follow our Arizona Diamondbacks team page for all the latest D-Backs news and rumors!