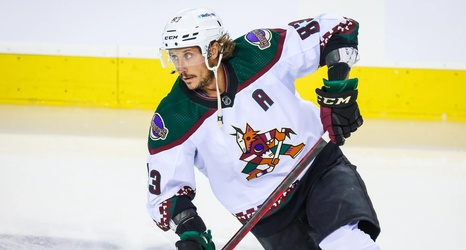 The Arizona Coyotes acquired three bottom-six players and the pick they would use to draft Dylan Guenther just over a year ago for forward Conor Garland and defenseman Oliver Ekman-Larsson. The three veterans were overpaid and getting up there, but Arizona did provide them a chance to show what they could do. And although he didn’t have much left to prove, Jay Beagle would show what he could do.

Beagle’s primary responsibility with the Arizona Coyotes was winning faceoffs.