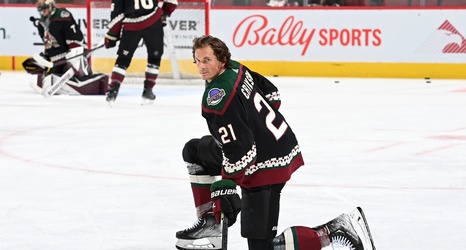 The Arizona Coyotes’ deal with the Vancouver Canucks was probably General Manager Bill Armstrong’s biggest. The Coyotes were able to get rid of Oliver Ekman-Larsson and get a first-round pick. Vancouver got dynamic forward Conor Garland, and perhaps most importantly, they got rid of three overpaid veterans on expiring deals, with one of those three being forward Loui Eriksson.

Like Jay Beagle and Antoine Roussel, Eriksson was overpaid, but he could still play.