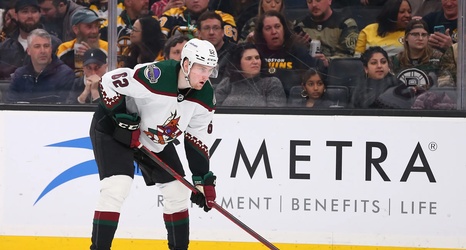 The Arizona Coyotes have had some interesting drafts under General Manager Bill Armstrong. It’s too early to know who was a hit, but GMBA likes to get a lot of picks and draft the players who he wants to draft.

With three picks in the second round of the 2021 NHL Entry Draft, GM Armstrong was not afraid to draft older players. One of those players was Swiss defenseman, Janis Moser.