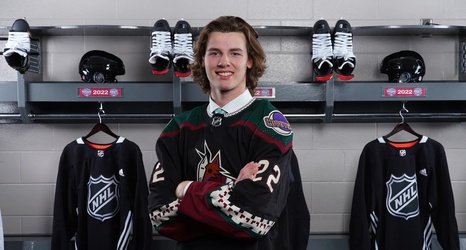 General Manager Bill Armstrong went into the 2022 NHL Entry Draft with three first-round picks and plenty of second-round picks. With that flexibility, he shipped the 27th, 34th, and 45th overall picks to the San Jose Sharks to move up to number 11 to draft a big center, Conor Geekie, from the Winnipeg ICE.

Geekie, in many ways, set the tone for the Coyotes’ picks at the 2022 NHL Entry Draft.