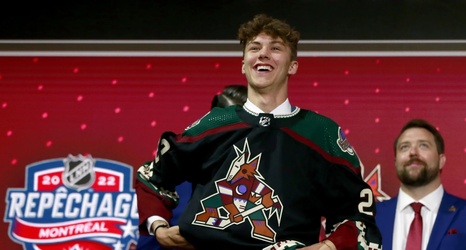 The Arizona Coyotes had three first-round picks at the 2022 NHL Entry Draft, giving General Manager Bill Armstrong a lot of flexibility. After drafting the smaller Logan Cooley third overall, Armstrong went with size for the rest of the draft, including drafting the 6’7” defenseman Maveric Lamoureux.

Despite being a bit of a reach at 29th overall, Lamoureux’s size gives him a significant upside.