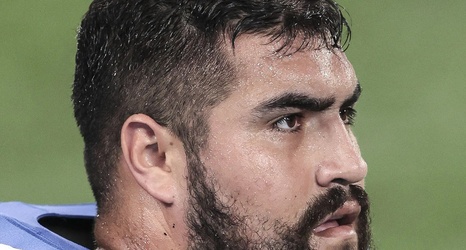 When Cardinals’ offensive line coach Sean Kugler was asked prior to the 2022 NFL Draft what his thoughts were about highly-touted 1st round guard prospects Kenyon Green of Texas A&M and Zion Johnson of Boston College, Kugler indicated how much he loves his newly acquired, former UTEP All American, Will Hernandez.

Well, it appears that Sean Kugler isn’t the only NFL employee who thinks very highly of Will Hernandez.

Per The Athletic, with regard to polls recently given to Pro Bowl players, Will Hernandez was named one of the league’s most underrated players: “I think he’s a way better player than people think,” one Pro Bowler said in naming him.