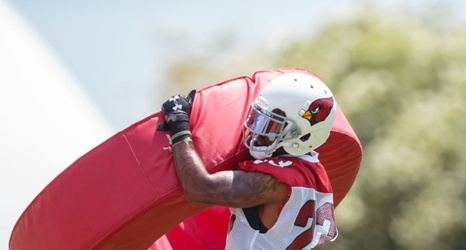 The fact that the Arizona Cardinals resigned Robert Alford is a confusing one. Mandatory Credit: Mark J. Rebilas-USA TODAY Sports

Steve Keim re-signing Robert Alford after cutting him is a baffling, frustrating and confusing move and there’s no way around it. The team had very little cornerbacks on the roster leftover from last season, besides Byron Murphy who will most likely be CB1 next season. Why is Keim resigning Robert Alford?

Alford was given a $22.5 million dollar contract that included 13 million guaranteed when he originally signed with the team.