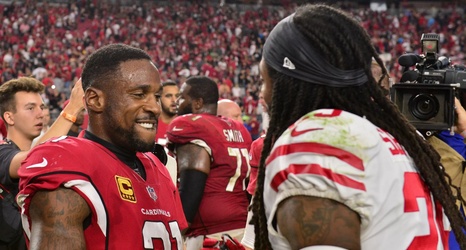 Before training camp and the preseason start to truly ramp up, we’re checking in with each of our divisional rivals, looking at the Cardinals’ record since realignment in each series, notable streaks, best games, and standout players, as well as touching on the 2019 matchups.

We started last week with the Los Angeles Rams. This week, we turn north to the city by the bay and the San Francisco 49ers.

Like our rivalry with the Rams, we have played the 49ers to a dead heat since we moved into the same division in 2002.