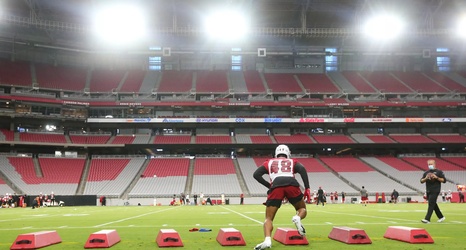 Note: I have been working on this article since Friday of last week. I wanted to wait to post it until after the MNF game so that I could include the info on how many snaps Simmons would get versus the Cowboys.

ESPN’s Louis Riddick recently said that his biggest concern in the pre-draft process for Isaiah Simmons was that he would be drafted by a team that wouldn’t know how to use him.

Two comments that were made after the Cardinals’ drafted Simmons with the #8 pick:

1—-Steve Keim and Vance Joseph immediately insisted: “we are going to play him at inside linebacker.