Saturday before football Sunday: What to watch for in 49ers-Cardinals 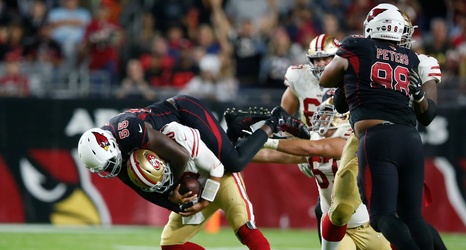 Divisional games are usually the most important games on any NFL team’s schedule. Especially with the Cardinals sitting on top of the NFC West at 4-0, every other team is just trying to keep up. On Thursday in a short week in the battle of divisional foes, the Los Angeles Rams defeated the Seattle Seahawks 26-17 to improve to 4-1 but neither team left the game unscathed.

The Seahawks not only fell to last place in the NFC West at 2-3, their quarterback Russell Wilson will be sidelined for six to eight weeks with a ruptured middle finger tendon.