Recent ranking of Cardinals safety Budda Baker must be a joke, right? 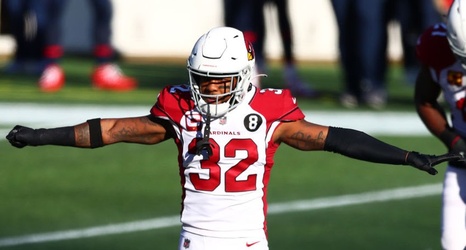 After coming off one of his best seasons in 2020, Arizona Cardinals safety Budda Baker was listed in the middle of the pack among players in his position group by PFF.

Pro Football focus recently put out its list of the top 32 safeties heading into the 2021 season, and Budda Baker of the Arizona Cardinals, who most NFL players would say is among the top five, is sitting at No. 16.

PFF’s Sam Monson, who also recently put linebacker Isaiah Simmons last on his list of top 32 linebackers, compiled this list of safeties and said Baker’s “most memorable play of his season – and arguably of his career – is getting chased down from behind by a flying D.