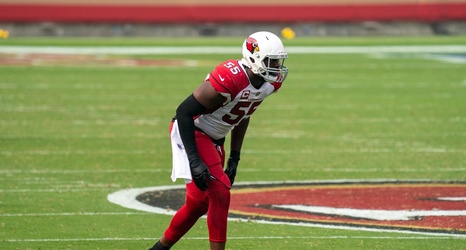 The most conspicuous salary cap elephant in the room this off-season for the Arizona Cardinals has been Chandler Jones’ $20.83M, which is essentially 1/9th of the team’s entire 2021 cap. Only $5.3M of Jones’ cap figure is guaranteed, which means that if the Cardinals were to trade or release Jones, they could add $15.5M in cap space.

Over the past week to ten days, the Cardinals have received some much needed help in adding cap space because Justin Pugh and Jordan Hicks agreed to salary cuts and Rodney Hudson agreed to accept an $8.8M signing bonus which pairs the last two years on his deal with voidable years, so as to reduce his cap hit this year to $2.