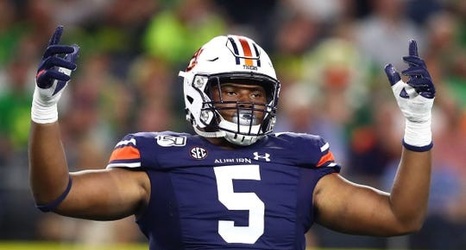 The Arizona Cardinals could have a lot of options with their first pick in the 2020 NFL draft.

We looked at nine recent NFL mock draft projections for the team with their No. 8 overall selection in the first round on April 23 and all nine had the Cardinals doing something different.

One had them trading the pick to pick up additional picks in the draft.

The eight others had them taking eight different players.

A defensive lineman, a linebacker, four different offensive linemen and two wide receivers were among the eight different selections.

Check out what recent NFL mock drafts are projecting for the Arizona Cardinals in the 2020 NFL draft: