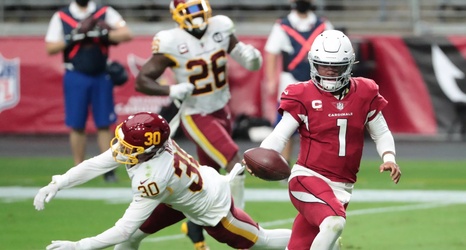 Two weeks into the NFL season and Kyler Murray has already separated himself as a bonafied MVP candidate.

The Arizona Cardinals are 2-0 for the first time since 2015 and Kyler Murray is the primary reason behind their success. In his two outings, Murray has 674 total yards from scrimmage which includes five touchdowns (two passing, three rushing). The former number one overall pick is completing nearly 67% of his throws and is averaging roughly seven yards per play.

As of Monday morning, Kyler Murray is now tied for the fourth best odds (via FanDuel Sportsbook) to take home the MVP hardware.