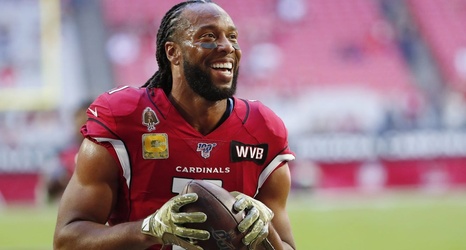 He’s played in a record-high 254 career games with the Cardinals, has made 87 straight starts dating back to the 2014 season, and he’s caught at least one pass in 247 consecutive games and counting.

But never in Larry Fitzgerald’s 17 NFL seasons has he had such a miserable two-game stretch as he has now.

In back-to-back losses to the Lions and Panthers, Fitzgerald has caught a combined three catches for just 4 yards. He had one reception for no gain against Detroit and two receptions against Carolina, one for 6 yards and another for a 2-yard loss.