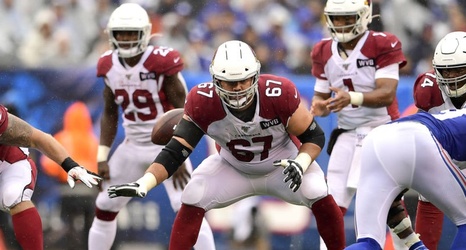 Justin Pugh must really enjoy being a member of the Arizona Cardinals. The starting left guard’s status with the organization was somewhat in danger, thanks to an $11.1 million salary-cap hit he was carrying for the upcoming season. On Tuesday, Pugh put any doubts about his remaining with the Cards to rest.

The 30-year old Pugh agreed to a flat-out pay cut that will help the franchise recoup some badly-needed cap space.