Jordan Hicks takes paycut to save cap space in 2021 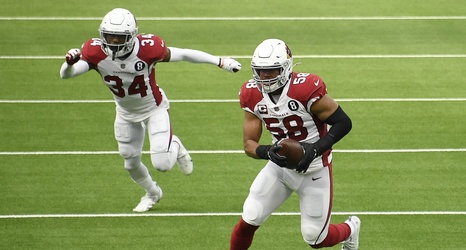 It started with Justin Pugh, now the avalanche of restructures and money clearing has continued.

Earlier today we found that Rodney Hudson had restructured his contract, saving the Cardinals quite a bit in 2021.

Now, according to Chuck Harris, the Cardinals have also given Jordan Hicks a paycut, saving an additional $3.5 million in cap space.

So, the over $15 million in cap space from the Hudson article also involved the Cardinals paycut of Hicks.