J.J. Watt’s contract and the value of 3-4 defensive lineman 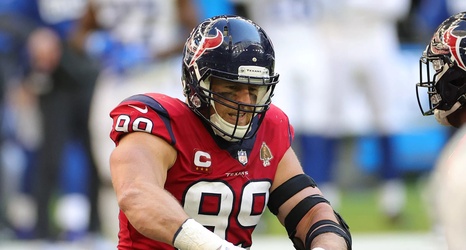 For over four seasons, the Arizona Cardinals have been searching for Calais Campbell’s replacement.

They took a chance on Robert Nkemdiche in the first-round of the 2016 draft but he turned out to be a bust.

In 2017, Steve Keim offered Campbell a multi-year deal worth a little over $10 million per season to stay in Arizona but that offer was not nearly good enough for arguably the best 3-4 defensive end in the NFL.

They rotated with players such as Rodney Gunter, Josh Mauro, Frostee Rucker, and many others over the years but none of them had quite the production or impact that Campbell provided in his time here.